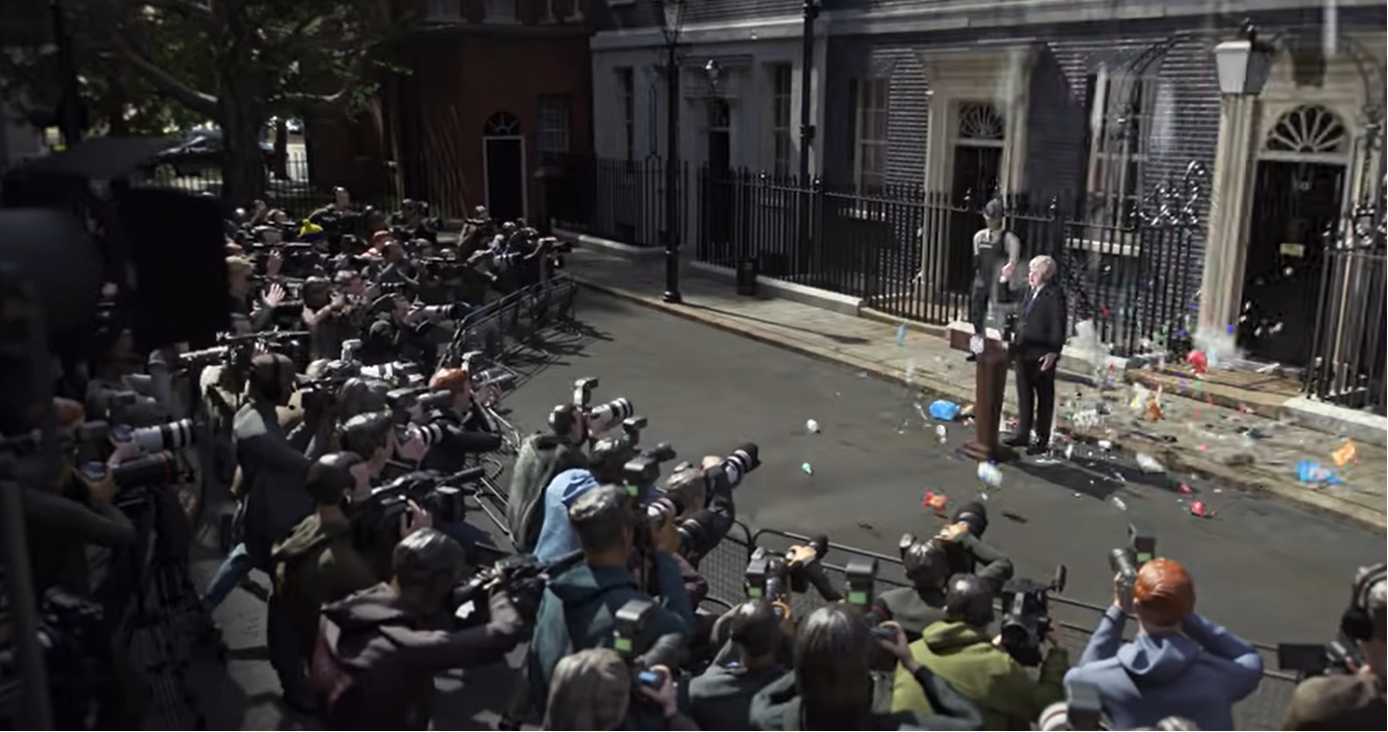 This week we bring a classic boardgame to real life, delve into what it takes to become a “Conscious Brand”, get excited for the Space Race 2.0 and ask if the powers that be are really bottling it when it comes to plastic waste.

Monopoly take gaming to the next level!

Hasbro are taking their classic family board game Monopoly to new heights. A life-sized version of the game will open to the public in London this August.

The games company has partnered with London-based theatre group Gamepath to create a 4D experience involving real-life participation on a huge board, based in a 22,000sq ft building over three floors in the heart of the West End of London. The game will include a mix of physical and mental challenges and games that will test players’ skills and lateral thinking.

It’s bold, it’s brave and it’s going to bring experiential back with a bang. With households everywhere looking forward to more activities opening, we can see a lot of people wanting to roll the dice on this one for a fun family day out. Get ready to see family feuds taking part in a more public avenue! If it’s a success, it could make its way to Dublin. After all, we already have the landlords and the hotels.

For those of us who have had to adjust to the world of video conferencing in the past 12 months, this might come as a surprise. Microsoft have topped a poll of the 100 Most Conscious Brands of 2020, having scored highly for the role its video platform Microsoft Teams played in helping workers and businesses manage remote working during the pandemic. This, in addition to how they used their technology to support research into Covid 19 and for donating billions of dollars to non-profits and diverse-owned businesses last year, saw the tech giant top the global survey of 9,000 consumers rating 223 brands in the UK, US and China.

With companies being urged to become more transparent and take a proactive approach to making the world a better place, Microsoft’s efforts have seen them rise above brands such as Google, Amazon and even Pfizer (though I bet they might just pip it next year).

Compiled by Wolff Olins and Hall & Partners, the report rates each brand under criteria considered crucial to being described as a “Conscious Brand” – empathy, reform, multisensory, collectivism and morality. It will be interesting to see what these brands take from the past 18 months and apply to how they operate in the future.

The Space Race has returned to the headlines 66 years since it first began, but this time it involves Tom Cruise. Yes, the very same actor who starred in out of this world themed films such as War of the Worlds and Edge of Tomorrow is part of a joint project with Elon Musk’s Space X and NASA to produce the first narrative feature film in outer space. In fact, he and director Doug Liman are planning to take off in the Space X Crew Dragon rocket and capsule to the ISS as early as October. Not to be outdone, Russia’s space agency Roscosmos are planning to challenge for the title by shooting a film in space later this year.

We all know Cruise loves to do some of his own stunts and even put himself through intense training for 1986’s Top Gun and upcoming sequel but has he finally found his Mission Impossible? We’ll be watching with interest to see if the final product will be out of this world or comes crashing down to earth at the box office.

Boris Johnson has been described as somewhat of cartoon character many times in his career and now Greenpeace have actually brought that to life. The environmental activist group have released an animated film aimed at the UK government who claim to be a global leader in tackling plastic pollution. This is refuted by the organisation who claim that 1.8 million kilograms of the UK’s plastic waste is exported to other countries every single day.

The video puts into perspective just how much plastic this is. As the animated PM is addressing journalists from the steps of No.10, empty bottles begin to rain down on him eventually covering the area and bursting through the gates of Downing Street, with Johnson sticking out on top like a straw from a bottle.

It’s an extremely powerful message which certainly does make you wonder what we could be doing to save the environment aside from using the green bin more. With the Green agenda becoming ever more prevalent in governments around the world, watch this space to see if it will have any effect on our nearest neighbours.