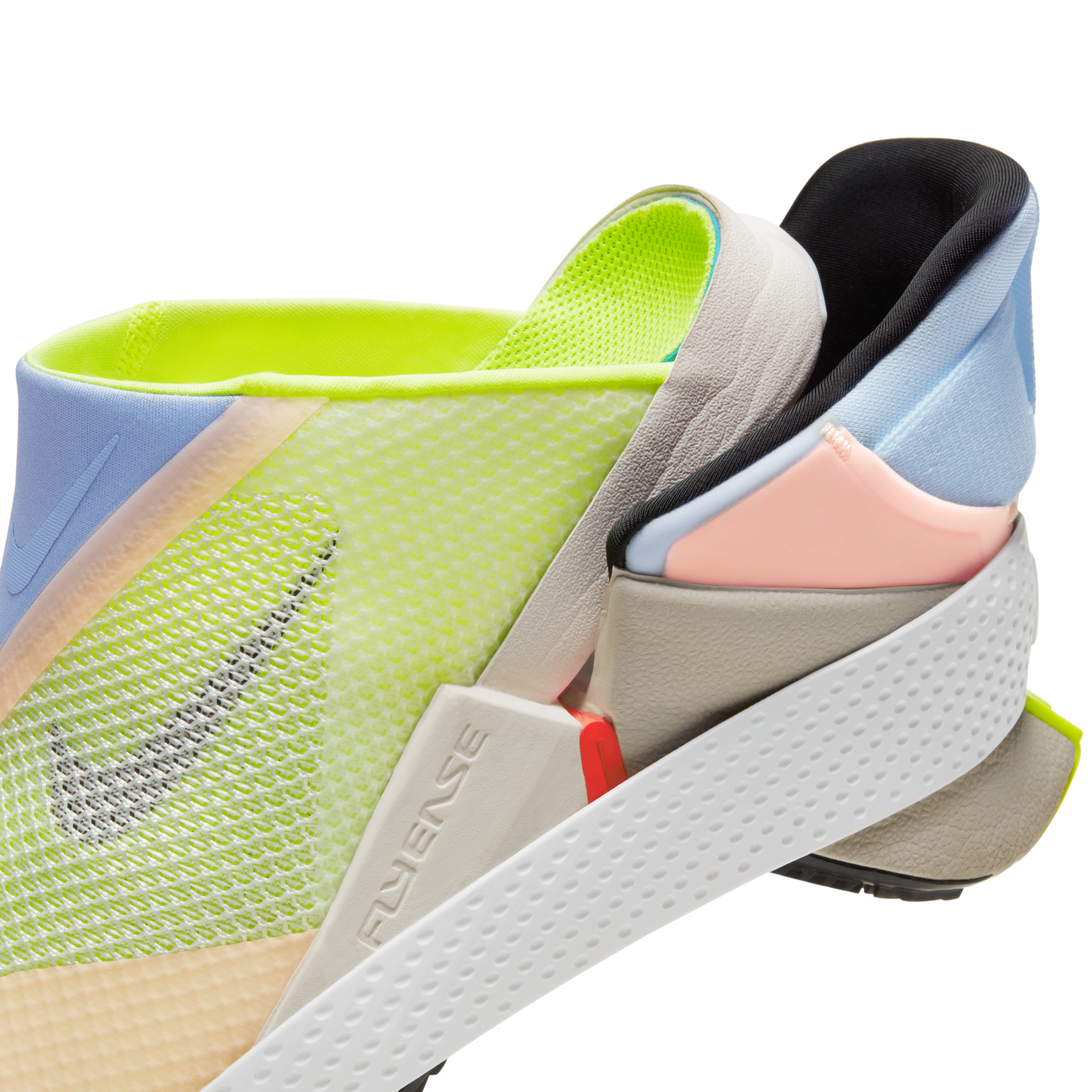 It’s the first week of February and we can now say that both January and 10% of the year has now passed. Dare I say it? Well, there is a noticeable stretch in the evenings but we’re being threatened by a beast from the east. Great. Another interesting milestone passed this week, Groundhog Day, something I think we can all claim has passed over and over recently. Take your mind off things with a quick browse of OUR TAKE.

Putting on shoes is a daily task the majority of us take for granted and this week, Nike unveiled its first pair of hands-free runners as part of its popular FlyEase range. The Nike GO FlyEase allow the owner to easily slip in and out of the shoe without bending over. The design includes a hinge that allows users to put them on and take them off without tying shoelaces or using another fastening.

The story of the Nike FlyEase is worth noting, inspired by a letter written to Nike by 16-year-old Matthew Walzer, born with Cerebral Palsy. Walzer was preparing to enter his junior year of high school and while he had mastered many of the physical challenges he faced in his life, tying his shoes was something that remained elusive. The letter made its way to Tobie Hatfield, one of Nike’s famed designers, who reached out to Walzer to start a remarkable journey resulting in a life-changing range of runners, all thanks to the initiative of an ambitious and determined 16-year-old. While it might be shallow to think that 20 seconds of convenience is worth celebrating, but maybe society’s increasing commitment to inclusivity is this generation’s space race.

It has been a tough time for the FAI of late but it was revealed this week by Dan McDonnell of the Irish Independent that the FAI have decided against partnering with a gambling firm as the main sponsor, saying that it would give off the wrong message. Currently without a primary sponsor, the FAI have displayed real leadership in this regard and is a positive step particularly at a time when gambling companies are widespread in the sponsorship of sports teams.

It’s early February and St. Valentine’s Day is on the horizon. While it probably hasn’t crossed most people’s minds yet, our interest was piqued when we came across a story of a jelly inspired ring.  Very nostalgic, who doesn’t love a jelly ring? Jewellery company Taylor & Hart, has created a very particular type of engagement ring this year. A 2.70ct cabochon yellow sapphire set with 40 fancy-intense yellow diamonds in an 18ct yellow gold basket, aimed to replicate a jelly ring.  Perhaps a £25,000 engagement ring might be beyond most people, if a punter had said money, they could splash out on 1.2 million actual jelly rings to satisfy those childhood dreams. I know which one I’d go for!

Fashion wouldn’t exactly be my strong point but I couldn’t not be impressed by the winners of the recent Junk Kouture competition and their creation. Their design entitled ‘Synergy’ was created from sea glass, plastic milk cartons and recycled glass such as bottles and jam jars, and won the competition competing against 80 finalists from across the country.

The three secondary school students from Inishowen, Co. Donegal demonstrated incredible talent and the level of creativity on display shows the power of recycling and sustainability, something which could possibly inspire other brands to take note of the potential. We are big fans of responsible consumption and we advocate the circular economy and believe that the upcycling trend is one to savour!