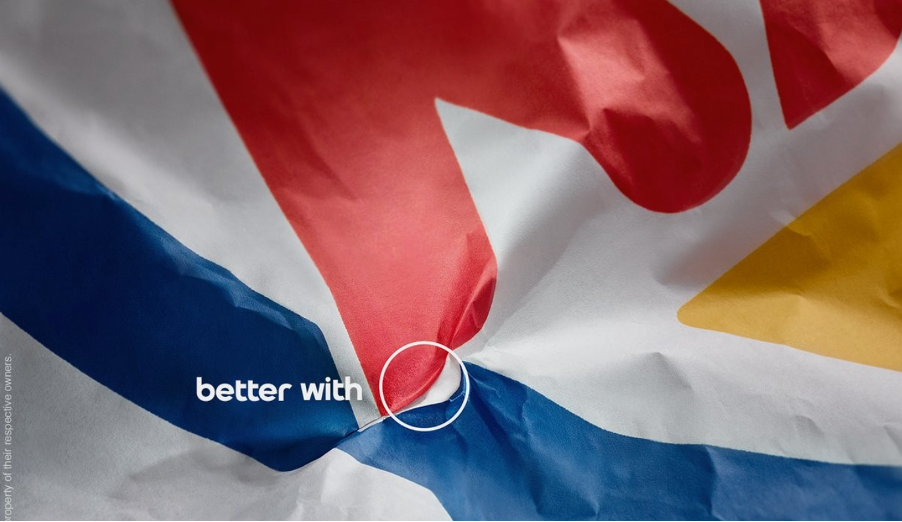 This week is partly rubbish! That is the theme of the week so before you switch off for the long weekend take five and check out Our Take on IKEA doing something small for the greater good, Pepsi’s appearance in other’s packaging and why Donald Trump binned his blog. We also give our own nugget of thought to an expensive piece of chicken and look at how an app is trying bring Calm to Naomi Osaka’s withdrawal from the French Open.

Something that really caught our eye this week was Ikea’s new TVC, which isn’t too dissimilar to scenes captured of the aftermath on South William Street on Sunday morning.

The ad introduces a hapless robot trying desperately but unsuccessfully to combat a worsening pollution problem. In the end, he does what any of us can do – improve the environment by taking lots of small measures at home. The ad introduces some of Ikea’s eco-friendly products and innovations, encouraging people to help save the planet by making the home a more eco-responsible environment as part of their ‘Change a bit for good’ campaign.

We’re fully on board with the overall message of making small changes for the greater good. Brands adding their weight to the topic can ultimately help but more can be done. It should go without saying that personal responsibility also needs to be encouraged and called out where it needs to be including cleaning up after yourself when out and about. We hope this is just the beginning.

Last Friday was National Burger Day in the U.S. and to celebrate, Pepsi elbowed their way into the conversation by showing how, with a little creative framing, their logo can be found in the packaging of burger giants such as McDonald’s, Burger King and KFC. The brilliantly Art Directed images are part of a wider #BetterWithPepsi campaign where the soft drink brand commissioned a third-party blind taste test and consumer survey to discover that 60% of participants prefer Pepsi to Coca Cola with signature burgers in top burger chains, suggesting that when Pepsi isn’t on the menu, it’s always in the picture.

This was a clever move, quite cheeky and we like that! We love seeing brands who aren’t afraid to challenge their competitors. Could this be the renewal of an age-old rivalry? The ball is in Coca-Cola’s court now, let’s see if they can flip it in their favour. Read more about it here.

Sticking to the theme of fast food, the world went McCrazy when McDonalds recently released the BTS Artist meal, with packaging now being sold on eBay at astronomical prices.

But it gets better (or even more strange?), as a Chicken McNugget found shortly after the release of the BTS Meal and which was shaped like gaming phenomenon ‘Among Us’ Crewmate was sold on eBay for just short of $100,000. That’s right, $100,000. The bidding on eBay started at just $0.99 but soon skyrocketed, with 185 bids from 45 bidders. The unique McNugget has been sent to the lucky bidder, frozen and air sealed (for freshnesh!), via UPS.

We thought we’d seen it all, but we guess not. As marketers, we are constantly looking to tap into the current zeitgeist and passion points of consumers. Whilst BTS is no doubt enjoying a ‘Beatle-esque’ moment in time, we should never underestimate the power and influence of the gaming industry on modern culture. Its fans are highly engaged, dedicated, and prepared to spend $100,000 on a (delicious) savoury treat. Click here for more.

TRUMP RETURN TO SOCIAL IS NO BLOG DEAL

A year ago, Donald Trump was the leader of the world’s most powerful nation and used his position to regularly troll the entire world online. Since then, he not only lost an election, but got banned from social media which instantly became a quieter, calmer place. Aggrieved, Trump fought back by launching his own “communications platform”. Or what we would call… a blog.

“From the desk of Donald J. Trump” was a section from Trump’s website, launched on May 4th featuring tweet-style posts. His own camp spent months building this up to potentially be Twitters latest competitor. Needless to say, it failed to inspire and less than 30 days since it launched, it is no more. The former POTUS is reportedly unhappy with low readership and high number of people mocking it. It seems Trump was unaware that blogging is harder than summarising every thought in your head in 280 characters.

The Trump team is still insisting he will make a return to social media, either by creating his own (oh God!) or joining another platform like Parler or Gab. Put down your Covfefe, things are about to get interesting again. Click here for more.

Naomi Osaka’s withdrawal from the French Open has sparked a huge conversation in the sporting world about athletes’ mental health and the insistence they should fulfil tournaments media commitments.  Having been fined by the tournament for insisting she would not be taking part in media for the sake of her mental health, the four time Grand Slam singles champion stated that she hoped the “considerable amount” she was fined would be donated to charity.

Calm, a meditation and relaxation app, is working to actually make that happen. This week they announced that in support of Osaka’s decision to withdraw from Roland-Garos, they would pay $15,000 to Laureas Sport, a youth sports charity in France. Not only that but they will also pay the fines of any tennis player opting out of media appearances for their mental health.

It’s a strong move from the brand and one which may help other athletes feeling the pressure of the media circus that surrounds tournaments. The world #2 has offered to work with the tour to discuss how to prioritise the mental health of athletes in Grand Slam tournaments. Osaka is wonderful ambassador, not just for tennis but for sport as a whole, and this something we could start to see a ripple effect as athletes across other sports speak out in support of her decision. More on this story here.