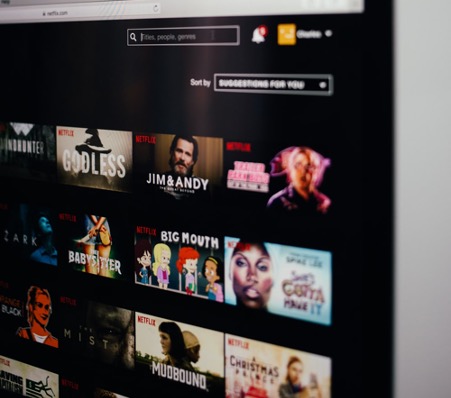 Leaving Cert weather has arrived, and summer is here. Hallelujah! This week on Our Take, we shine a light on the return to live events, we’re getting behind the Brits for the Euros (wait, what?), we fast-forward to a hot new fashion outlet and we’re feeling a little foggy over the latest art trend.

EVENTS RETURN IS MUSIC TO OUR EARS

After almost 15 months to the day, live music returned to Ireland this week. The first test event took place in Dublin’s Iveagh Gardens, as James Vincent McMorrow and Sorcha Richardson played to a crowd of 500 people… and we were there. The concert was the first in a series of music and sporting events set to be rolled out over the course of the next few weeks, as we step away from the doom & gloom of the Covid pandemic.

The event was very well run, with everyone abiding by the social distance rules and staying in their assigned pods. There was excitement amongst the crowd who sang and danced their way through the warm summer’s evening, while James Vincent McMorrow and Sorcha Richardson, both of whom seemed nervously excited, played two amazing sets.

We don’t want to run before we can walk, but it is a pretty cautious approach when we look at the test events other nations have run so far. Caution can be good though where Covid is concerned. Let’s watch this space, as we see more varied live events come to life across the country over the summer, and in the meantime, there’s more in this series coming soon. Hurrah!

IRISH FANS GET FOOTBALL FEVER AS THEY CHEER ON ENGLAND

As the Euros prepare to kick off today, sadly Ireland won’t be in contention for that ‘Best fan award’ again this year having failed to qualify. Paddy Power is bringing a new meaning to the term ‘Football Fever’ as it launched a bold campaign for Irish fans to rally behind the English… but it is for a good cause.

For every goal scored by England, the bookmaker will donate at least €10,000 to Irish football. Not convinced? In a further attempt to bring Irish fans on-side, Paddy Power has also pledged a €20,000 ‘backstabber bonus’ for any time Irish players Jack Grealish or Declan Rice hit the back of an England opponent’s net.

Paddy Power has created some memorable TV ads and activations around our history with England, which in sporting terms is complicated by many Irish football supporters following Premier League teams. Is this a brilliant incentive providing much needed funding to grassroots football clubs across the country or have Paddy Power scored an own goal? Not sure it will turn us into England fans just yet… Check out the full ad here.

NETFLIX BUT MAKE IT FASHION

Film and fashion go hand in hand. Outfits worn by our favourite film stars inspire the seasons’ trends and stores are full of merchandise brandishing artwork from the latest binge-worthy TV series. Building on the success of its hit original shows, Netflix has taken a huge step in looking to corner the market by opening its first in-house e-commerce store.

The first collection on Netflix.shop will feature pieces inspired by popular anime series such as Yasuke and Eden. Plans are in place to extend this to include collections based on shows such as Stranger Things, The Witcher and Lupin, which will be created in partnership with Musée de Louvre, in the coming months.

The only really surprising thing about this move is that it hasn’t been done sooner, especially in a year where high street stores everywhere have been shut. Film and TV shows are always hot topics, and the introduction of exclusive collaborations will definitely be a revenue driver for the streaming platform. As we all try to stay on top of the ever-increasing level of new shows and content released weekly, we watch with interest to see if spending levels increase with this roll out. Stranger Things have happened.

THE ART OF INVISIBILITY

Finally, the world of art has seen seismic change in a relatively short period of time with the introduction of NFTs proving a popular, and expensive, item for collectors across the globe. Some may think that spending $3 million to purchase the first tweet by the social platform’s founder would be like seeing your money evaporate into thin air. Enter Italian sculptor Salvatore Garau. Garau sold his most recent piece of work for $18,000… but what’s so strange about that? Well, the entire work of art is made from thin air. The sculpture, made from “air and spirit” is intended to be housed in a 5×5 foot square and displayed in a private space without artificial lighting and climate control.

There’s a famous line used in the 1995 film The Usual Suspects “The greatest trick the Devil ever pulled was convincing the world he didn’t exist”. It seems Garau has flipped that on its head and made a handy few quid from it too.