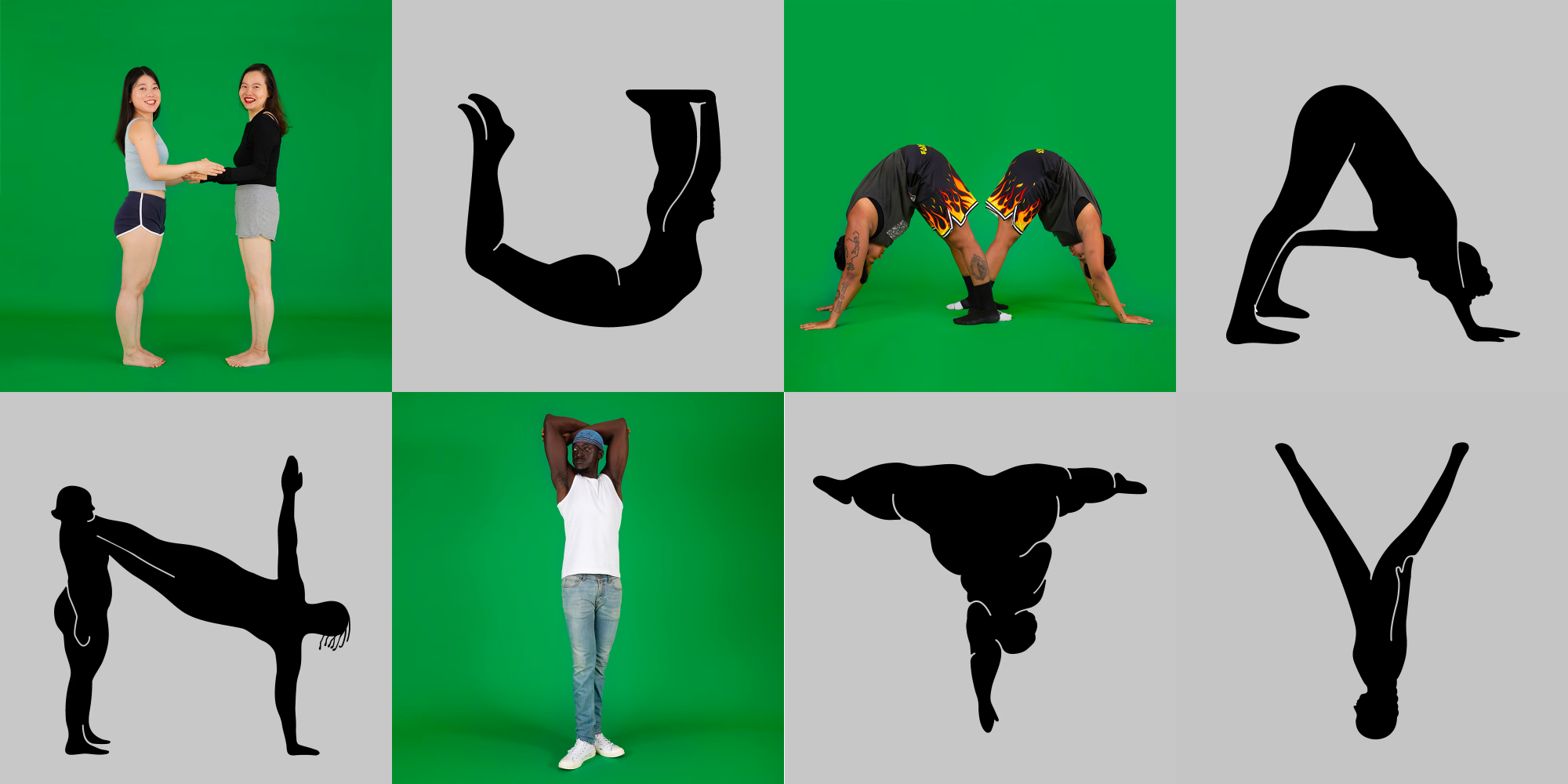 This week, we explore some campaigns and initiatives that are combatting issues affecting communities across the world. We look at a report on LGBTQIA+ representation in the US and explore how an art piece can raise awareness around homelessness this winter. We also check out a new project throwing standard type design in the bin and in the gaming industry, Girls Who Code are back with an exciting initiative aiming to create more realistic and inclusive female characters in gaming.

The “Beyond the Rainbow” report from WPP reveals fascinating new insights into attitudes towards LGBTQIA+ individuals both within the community and with other members of society. The report sheds light on how different demographics and generations feel about queer representation, along with other topics including gender fluidity and identity. With a reported increase in violence and prejudice against LGBTQIA+ communities in recent months, the report seeks to raise awareness and explores what more can be done.

Companies need to do more all year round

The report found that 52% of LGBTQ+ people surveyed don’t like it when brands and organisations change their logos for the duration of Pride Month. It also revealed that three out of four LGBTQ+ people and 50% of non-LGBTQ+ people think that brands need to do more throughout the year; this includes giving to charities, raising awareness of LGBTQ+ issues, and increasing representation.

When it comes to representation, just 38% of queer people agree with how they are represented in the media, however, 59% feel the current representation feels “tokenistic.” This percentage shoots up to 67% for queer people of colour, and to 70% for trans and nonbinary respondents.

Gender fluidity is on the rise

The majority of queer and non-queer people believe that gender will become more fluid—74% and 61%, respectively. People aged 18 to 24 are 27% more likely to think this way than those aged 35 and above, according to the survey. Younger generations are also moving away from thinking in binaries, with 57% of the 18-to-34 demographic agreeing that there are more than two genders.

Only 40% of LGBTQ+ people are open about their sexuality at work while stats reveal that the willingness to share one’s identity also depends on income level.  High-income employees are 37% more likely to be open about their gender and sexuality than low-income employees, which suggests that queer people with more economic stability are more comfortable with expressing their sexuality and gender identity openly in the workplace. The conclusions of the report provide an in-depth view of how society is progressing in terms of acceptance: baby steps but steps nonetheless. There is still a lot of work to be done to ensure that brands are not “rainbow-washing” once a year to tick a box, and forgetting about minority groups for the remainder of the year. Audiences are seeing through this and representing communities is an always on requirement in today’s society.

As new research in the UK reveals 300,000 households could be forced into homelessness next year, charity organisation Crisis has worked with sculptor Sophie de Oliveria Barata to unveil a colossal hyper-real sculpture titled ‘Alex’ at London King’s Cross – with the goal of making homelessness impossible to ignore this winter.

The 4.3 metre high statue is positioned outside London’s busy King’s Cross Station. The realistic facial features of the piece were designed using computer technology that captured the profiles of 17 people facing homelessness who have been supported by Crisis. The realistic expression serves to capture the humanity in people experiencing one of the most brutal elements of homelessness – rough sleeping.

The sculpture is surrounded by QR codes which leads visitors to a website where it’s possible to make a donation to the charity.[OR1]  We always love when art is utilised to raise awareness on social issues and this piece is an excellent example of this. The piece will no doubt be stopping commuters and tourists in their tracks due to the high traffic position of the piece and in doing so raise awareness around the homeless crisis and possibly inspire them to make a change. Something that could most definitely be translated to Irish soil with the s**tshow that is our housing crisis.

Using the bodies of over 50 people from New York and other parts of the world; the project includes a series of stories about their experiences in their bodies. Posing in front of the camera to create the letterforms, both stories and images are considered when creating the type.

Drawing inspiration from Ancient Greek black-figure pottery painting, the typeface invites the audience to see and celebrate ‘real bodies. Shui Body Type provides designers with a brilliant, fun, and diverse alphabet of human -shaped graphics.  We are here for any typeface that is eye-catching, thought-provoking, and full of personality, and we love this incredible form of design activism from a team of creatives who believe in bodily autonomy.

Girls Who Code is here to challenge the gaming industry’s stereotypically over-sexualised female characters, with its latest initiative ‘Girls Who Code Girls.’

The team at GWC is launching a new platform that allows women to create personalised video game characters. Beginning with a template avatar, coders can change the appearance of the character, from hairstyle to body size.

The library of characters will be licensable and offered to gaming companies to inform their game development with the hopes of conveying a more representative spectrum of characters in their projects.

We love to see positive change across any industry and Girls Who Code are leading the charge on this in the gaming world at a time where visibility and representation is a non-negotiable when creating for an audience.