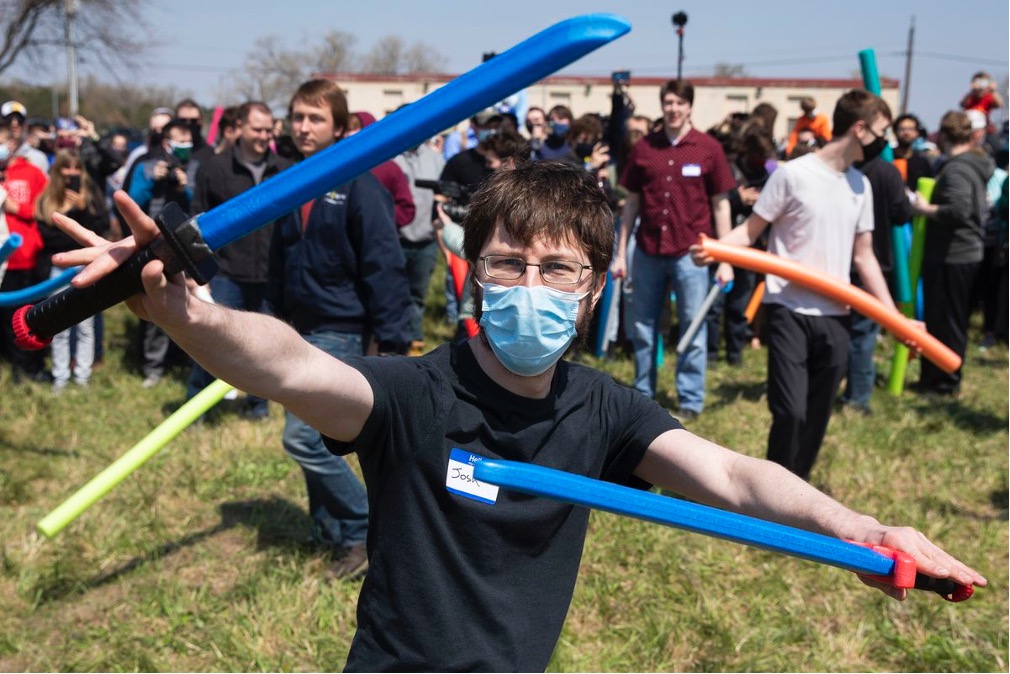 It’s the first bank holiday weekend of the summer so while we wait for the sun to reappear, why not take a look at the weeks interesting stories in Our Take, because everybody has an opinion on something. This week, we sniff around some interesting Covid detection stunts, revisit a battle of the ages, preview a hot new fashion trend and discuss a sobering story from the world of sport.

WAKE UP AND SMELL THE BILLBOARD

As AI has advanced, it has allowed brands to create truly interactive, data-driven, and personalised campaigns that go beyond reach and impressions to generate real customer engagement. And in this creative billboard campaign, to help people detect early signs of Covid-19.

Created by Atma in Argentina, the campaign posters work by emitting a smell alongside a photograph of such things as freshly prepared toast, coffee and orange juice. If a passer-by cannot detect the smell, they’re asked to contact the WhatsApp line of the National Ministry of Health. As public attention spans for public health information wane could the FMCG industry assist in playing its part in early detection or is there a smell of bullsh!t from this campaign?

THERE CAN BE ONLY ONE… JOSH

One of the odder news stories of the week that caught our attention was a battle waging in Nebraska over the rights to the name Josh.

It all started a year ago, when 22-year-old student Josh Swain decided to beat the boredom by messaging others who shared his first name, challenging them to a duel. Last Saturday, a group of Joshes gathered at Air Park in Lincoln, Nebraska for a rock paper scissors contest and a pool noodle battle royale to determine the rightful owner to the name.

Everyone loves a creative idea and there could definitely be a space in the future for brands to settle disputes this way.

Check out the battle of the Joshes here

FROM CATERPILLAR TO CATWALK

Speaking of disputes, you must have been living under a rock to not hear about Aldi and their Cuthbert The Caterpillar drama with M&S this week, but in an interesting turn of events for the brand, they have now launched their first-ever branded clothing range in the UK: Aldimania.

If you are reading this thinking this is some kind of joke or crazy marketing strategy, you would be sorely mistaken. This is legit. The collection of hoodies, hipsters and pyjamas is available now on the Aldi UK Website. Speaking about the launch, Sean McGinty, marketing director at Aldi UK, said: “With loungewear sales soaring across the UK over the last 12 months, now feels like the right time to launch our own range. The campaign promises to turn heads and drive conversation around this season’s must have lines.” Watch out Primark, they’re coming for you next!

BREWING UP A STORM

Finally, last week was an incredible week in European football, with the rise and fall of the European Super League. The move was seen by most as one motivated by greed and the desire to make more money and understandably was widely condemned. With no official communications plan in place, or so it seemed to the surprise of those of us in the industry, the vacuum was filled with negativity from most corners and within 48 hours the league had collapsed with clubs involved humiliated and left to issue apologies to fans worldwide.

Step forward Heineken, official sponsors of the Champions League, who responded to the news with an Instagram post bearing the advice of: Don’t drink and start a league. Credit to Publicis Italy who came up with the idea this is an excellent example of having the ability to react quickly while the topic is still top of the ever changing news agenda. Responsible message, cheeky dig and perfect timing. Comedy gold. Excellent work all round.