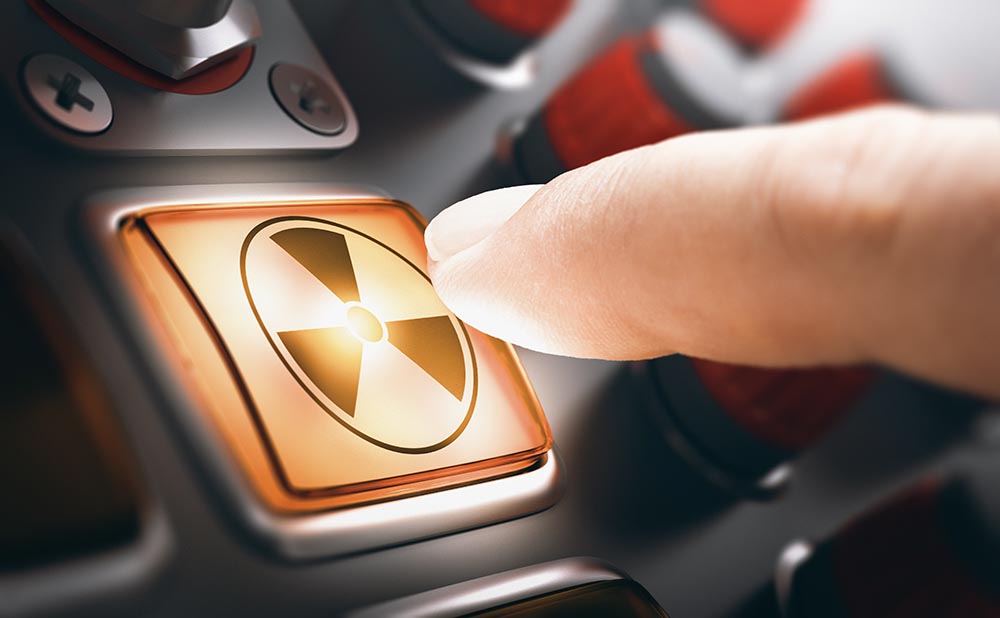 So what’s the suss on sustainability? Well this week, we’ve got two very different innovations from two of the world’s best known brands.

Fancy a glow up for your microwave lunch? We have a video series suggestion that will blow your mind. And we heard about a new celebration that could go off with a bang!

But first – we have an illustrator who is bringing branding back to basics… and we feckin love it!

Tik Tok Illustrator, Emily Zugay (@emilyzugay), caught our eye with her satirical videos taking the p*** out of famous logos (if not the entire profession of design) by redesigning them in the most wonderfully awful way!

Talking viewers through her abominable masterpieces, Emily combines dead-pan delivery with just the right amount of design-talk; it makes for great ‘is this for real?’ content.

What’s more… big brands are eating it up! The likes of Adobe, Tampax, Nascar and Tinder have commissioned her crude reimaginings of their own marks, displaying them proudly on social media!

Zugay’s deliberately awful design crimes have to be seen to be believed.

Check them out here.

Susur Lee is a chef/god who has grown a cult following for his eclectic culinary style.

Having already become a household name as a TV chef, Susur has taken the next step in his journey of global dining dominance… via Tik-Tok.

Challenged by his son, Youtuber Jet Bent Lee, Susur is turning the mundane into Michelin in an ongoing video series. Each entry sees Jet task Susur with creating gourmet dishes from the most basic beginnings. This week it was Mac N’ Cheese. From a packet!

Watch in awe as Susur Lee goes to work: he soaks the macaroni, prepares a duck confit and a bechamel cheese sauce (from the Mac N’ Cheese pack), and serves it up in a gratin dish topped with roasted figs, duck jus, and a crispy fried variation accompanied by honeycomb toffee. The dish is a feast for the soul and a masterclass in what you can do with a bit of creativity (and a few decades of experience).

Warning: will make you hungry.

The Suss on Sustainability

In the brandsphere of 2021, it’s crucial to have a sustainability plan in place as climate change continues to strike critical hits on our beautiful planet.

The better brands of the world are making continuous efforts to be more environmentally friendly and recently we have seen some incredible ideas come to life. (Sometimes literally).

In Brazil, Heinz has created a limited edition of 300 ketchup bottles with “plantable” labels containing tomato seeds. As well as sending an environmental message, this reminds customers of the ingredient at the heart of its ketchup.

Heinz asks these customers not only to plant the seeds, but to post pictures of their tomato plants, and if their green fingers nurture the seeds of life they will be offered some incredible food discounts! Though we don’t know if they’ll need them, given that they now have the tools to grow their own.

Have a look at the plantable label story at The Drum.

Elsewhere, Volvo is also making V-Room for Vegan Leather. The Swedish company has announced that its vehicle range will go leather-free by 2030, joining Ford, Tesla and Mercedes – a great day for the (global) parish!

This decision is very much driven by market trends and a concern for the ethical treatment of animals. Volvo have said that their customers’ expectations and habits are changing as they look to know more about the materials being used in their cars.

The movement towards more sustainable materials in motor interiors is a positive signal that the motoring industry is becoming more eco-conscious and we are here for it.

Celebrate, this party’s over…

Last Sunday was Petrov Day. But nobody told you. Which is the way it should be.

On 26 September 1983, the USA launched a missile attack at the USSR. At least, that’s what appeared to be happening, according to the Soviet’s Satellite Warning System.

Lieutenant Colonel Stanislav Petrov was sceptical of the satellite report. He also knew that Soviet policy at that time meant that this warning would automatically trigger a full-scale nuclear counter-attack. So he disobeyed orders, and didn’t report the alert.

The ‘missiles’ that the satellites had detected turned out to be random reflections off clouds. Petrov had, quite literally, saved the world.

As this story has leaked into popular culture, Petrov Day has been marked in creative and meaningful ways.

Our favourite is “Petrov Parties”. These are twinned events hosted in separate cities. Each venue contains a ‘destruct’ button that, when pressed, requires the other venue to shut down, ending the party, and sending everyone home. It’s a game of Mutually Assured (Party) Destruction, that celebrates how connected and interdependent we are, and our deep-rooted trust in each other. Unless, of course, some ****h**e presses the button.

Here’s some basic info on hosting a Petrov Party. And here’s the full story of Petrov and the 1983 Soviet nuclear false alarm incident.