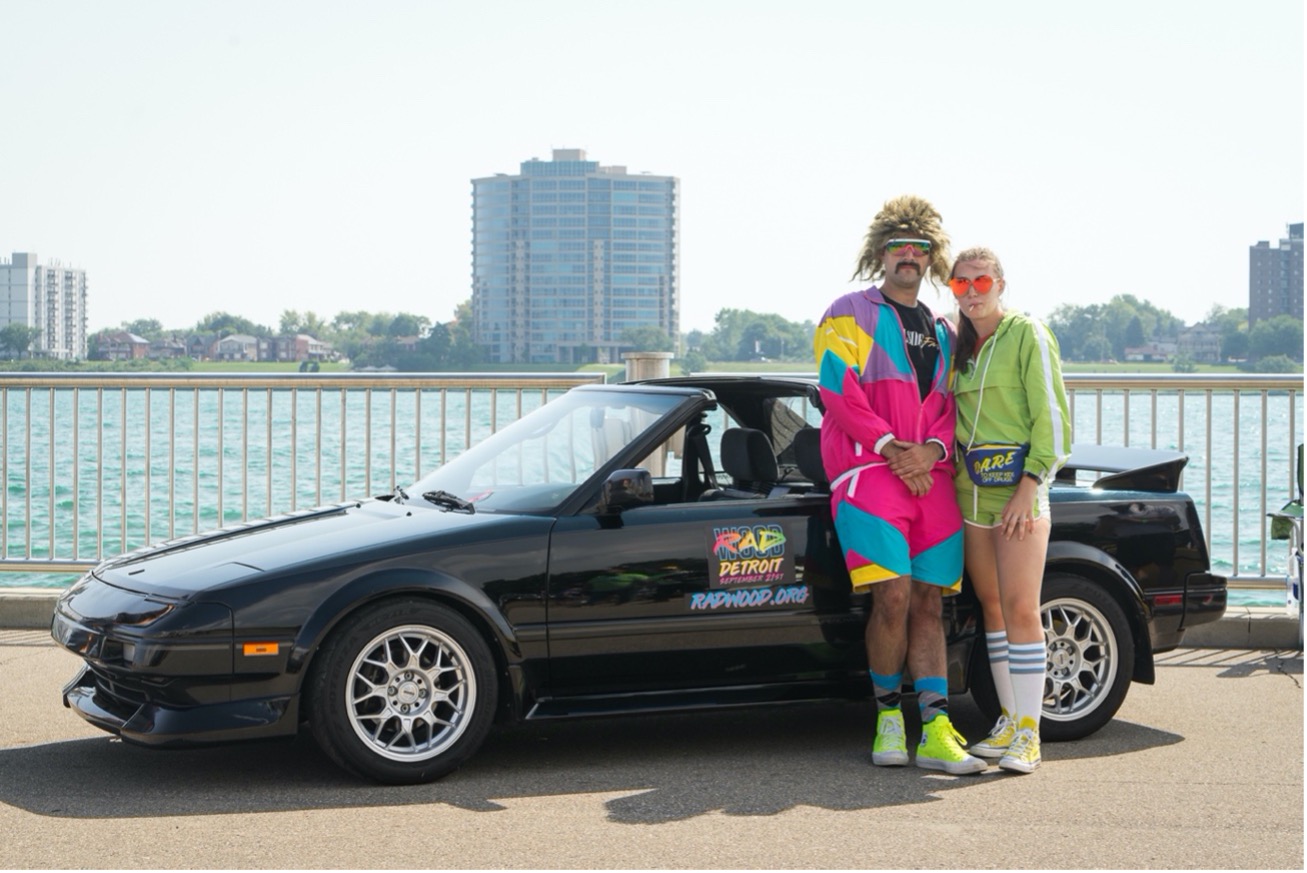 In a gloomy week that brought with it the shocking news of the passing of Virgil Abloh, and as many continue to pay tributes to a true icon of our time, we couldn’t but mention this sad moment in time. May he rest in peace.

Our Take this week looks at a Gen Alpha going alpha-mayor on the city of Belfast, a stunning design from an LA children’s brand, a road trip down memory lane and a poncho that might help protect your personal info but do nothing for your personal brand.

Take five and enjoy the read.

When seven-year-old Ezinne Nwaosu arrived in Belfast two years ago with her Nigerian family, few could have predicted her rapid rise to the highest echelons of power. Yet at only nine years old, she proudly wore the chain of office as Lord Mayor of Belfast – for a day, at least. And what a day! Mayor Nwaoso had a full agenda, advocating for fairness for immigrants and ethnic minorities, promoting her environmental agenda, and attending the official opening of a new sports and leisure centre.

Ezinne was handed the chain of office for a day by the current Lord Mayor of Belfast, Kate Nicholl of the Alliance Party, who was once an immigrant herself, having moved from Zimbabwe at the age of 12.

Belfast is usually in the news with stories of entrenched political and social division, so it is refreshing to read a story that reflects our northern neighbours as we know them… welcoming, forward-looking and imaginative.

Now, over to you, Michael D.

CCTV has taken a few tech leaps over the years to the point that AI CCTV is a very real thing, even here. AI CCTV doesn’t just record video footage, it integrates human detection and facial recognition algorithms to track our behaviour and even our emotions with a startlingly high degree of accuracy.

This week, however, in a bid to raise awareness about the invasion of AI CCTV, German design studio WertelOberfell announced a fash-tech creation that messes with AI algorithms and the first prototype takes shape as a glowing poncho. The shapes and patterns created by built in lights are designed to confuse the AI technology. Class! Of course, in becoming invisible to AI, you have made yourself stand out from the crowd in every other way, dressed in an attention-getting and unflattering day-glo bin liner.

But that’s ok –  it’s a prototype, and the project does serve as an eye-opener about just how vulnerable our personal info can be. Fash-tech continues to break boundaries and we’ve no doubt prototypes like this rad poncho will soon evolve into more stylish protective layers to keep us warm and anonymous in the not so distant future.

80s and 90s nostalgia is a huge influence on Gen Z’ers. In fashion we’ve seen them bring back the Fila Disrupter, Reebok Classics, and carpenter-cut work-wear jeans; in music there’s a wave of artists banging out drill, jungle and 90’s house-inspired anthems.

Even more surprising, 40-year-old cars are also making some sort of comeback. When we stumbled across the RADwood Auto Show, which currently tours cities in the U.S, we couldn’t help but think back to when Judd Nelson threw a defiant arm in the air as Simple Minds sang out at the closing scene of The Breakfast Club.

The show not only has classic, iconic cars, trucks, and motorcycles from the 80s and 90s (DeLorean, Audi Quattros, Countachs), it blends period-correct clothing and culture such as high-top fades and big hairstyles (think Kelly Kapowski from Saved by the Bell), breakdancing, food, and beverages. It really does capture the “essence of a bodacious era…” Ahem.

As we get older, we look back a little with rose tinted glasses. But for those with the time and money, it seems that these cars are a growing passion project!

The brainchild of founders Brad and Jenna Holdgrafer, Woset is a children’s brand from Los Angeles which “leaves things up to the imagination, with products that aim to spark storytelling, enable open play and have multiple uses than the ones typically described”. This includes the most gorgeous toys and cute clothes for the little ones.  And we can attest, it’s all beautiful.

The team works with several hugely talented creatives to create the world of Woset, including the wonderful illustrator Jay Cover (who hails from The Isle of Mann and is one third of the deadly Nous Vous Collective). Jay created characters that reflect the brands principles, as well as a logo that will evolve over time.