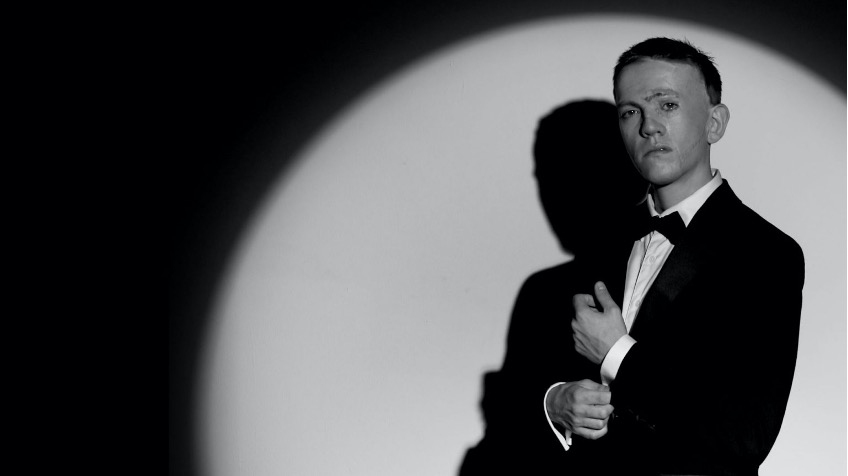 In this week’s edition of Our Take, we explore some new advancements in the tech & the entertainment industries; a dating app dishes the dirt on ghosting in a bid to put manners on its users while Tom Cruise and Elon Musk are progressing the modern day space race with some gravity-defying ambitions.

Two charity initiatives have also caught our attention this week: one which takes a page from popular show ‘Afterlife’ in a bid to drive conversations around mental health; the other is challenging the way the world perceives villains!

And we look at a food campaigner who let rip with one of the most effective Twitter rants ever.

See it all below!

Houston… we have a pixel

So space-based film studios are about to become a thing thanks to bored billionaires Elon Musk and Tom Cruise. A modern day space race for the entertainment industry starring the USA and Russia has been kicking off over the past few years. Recent news from the USA camp announced that in 2024, SEE-1, the film studio behind Cruise’s forthcoming space film, will host film and TV productions, as well as livestreams for social media influencers, in a space-based film studio – which is literally out-of-orbit levels of extra.

The news follows Tom Cruise’s ambitions to team up with Musk’s SpaceX programme back in 2020 in a bid to shoot the first-ever feature film in space, only to see Russian space agency Roscosmos beat them to it… Not content with silver, Cruise and Musk have broadened their ambitions for 2024… but will they prevail this time? We patiently wait and see.

Pitching itself as a mix between Tinder and TikTok, Snack is a dating app with a focus on content creation. In a bid to offer users more control over interactions, their Snack has announced a new ‘no-ghosting’ feature, which is designed to penalise app users if they ‘ghost’ too frequently.

Users will now be reported and “deprioritised” if they ‘ghost’ others too often. In essence, the more you ghost, the less your profile is noticed. You reap what you sow, ghosters!

Snack believe this will be a welcome feature for those who have been left on read with a match for 3 months only to receive a response… “good u?”. According to Snack, the goal is to “bring some basic manners and decency to the dating app game”!

On the other hand, some of us believe that ghosting is a completely valid dating tactic, and that some conversations are just not worth having. Maybe if you’re being ghosted all the time, the problem is you! Have you thought about that, Snack?

I’m sure users will let them know what they think, before hooking up with Tinder again.

A Fresh Face-off for Villainous Standards

We know that representation matters. But despite the persistence of this message, prejudiced stereotypes still feed into character design in theatre and film. Screen villains in the 21st century are often designed with physical disfigurements, to add to their ‘sinister’ and ‘threatening’ appearances.

Changing Faces’ new campaign takes this narrative head-on and we applaud them for it. The campaign, “I am not your villain”, portrays ordinary people with physical deformities as famous protagonists, such as Indiana Jones and Holly Golightly. The beautiful, thought-provoking images show that physical difference does not equate to ‘outcast’ or ‘villain’.

Robert Rhodes, 26, has a birthmark on the side of his face. While taking part in the campaign he commented; “I never thought I’d play a character like James Bond. You only ever see baddies with scars on the screen. It felt good to be cast as a hero instead.”

A Benchmark for Hope

In the show After Life, the  main character, played by Ricky Gervais, is often found chatting on a bench, dealing with intense grief following the death of his wife. Inspired by this, and marking the launch of the final season, Netflix and Campaign Against Living Miserably (CALM) have donated benches to local councils around the UK to provide a place for people to chat and reflect.

The benches are engraved with a quote from the show, and a QR code that links through to help and resources from CALM, encouraging people to seek help if they’re struggling.

We all understand the need for space for a good chat and getting things off your chest, so we love this simple, but oh-so-lovely idea. It’s not just driving conversations about mental health and how we might tackle grief – it’s literally providing a space to talk.

Food poverty campaigner gets the boot in

Last week, on Wednesday morning, Jack Monroe (@BootstrapCook) woke up to someone on the radio talking about a 5% increase in the cost of living. This pissed her off, because it utterly failed to reflect the far greater price increases to the cheapest food – which is what the poorest households rely on.

What followed was one of the best – and most effective – twitter rants of all time. From the top of her head, she was able to reel off a range of price increases:

“This time last year, the cheapest pasta in my local supermarket (one of the Big Four), was 29p for 500g. Today it’s 70p. That’s a 141% price increase as it hits the poorest and most vulnerable households.

(There was more. It’s brilliant. Read it.)

Her rant lit a fire. Over the next few days, Jack appeared on Radio and TV countless times, was covered by every UK Newspaper, and had a high profile opinion piece in the Guardian.

By Monday, she had taken things a step further. She started work on a new index to track increases affecting people on rock-bottom budgets.

And if you weren’t already in love with Jack Monroe, it may have tipped you over the edge when she christened this the Vimes Boots Index, after the Terry Pratchett character who had this theory of socioeconomic unfairness:

A few days later Jack announced that two consumer affairs orgs would begin tracking the cost of basic goods. And after she met the chiefs at the Office of National Statistics, they announced that they will change how they collect and report statistics “to take into consideration a wider range of income levels and household circumstances”.

If it’s true that ‘you get what you measure’, then these changes could have a real, meaningful, long term impact.

Jack’s Twitter outburst on Wednesday of last week wasn’t optimistic. After 10 years of campaigning, and nothing much changing, she didn’t have much hope.

“Every time there’s a news bulletin on the rising cost of living, I hope that today might be the day that some real journalism happens… but seeing I’ve been banging on about this for a decade now, it’s probably not going to be.“

Wednesday was not that day. But thanks to her, Thursday was.