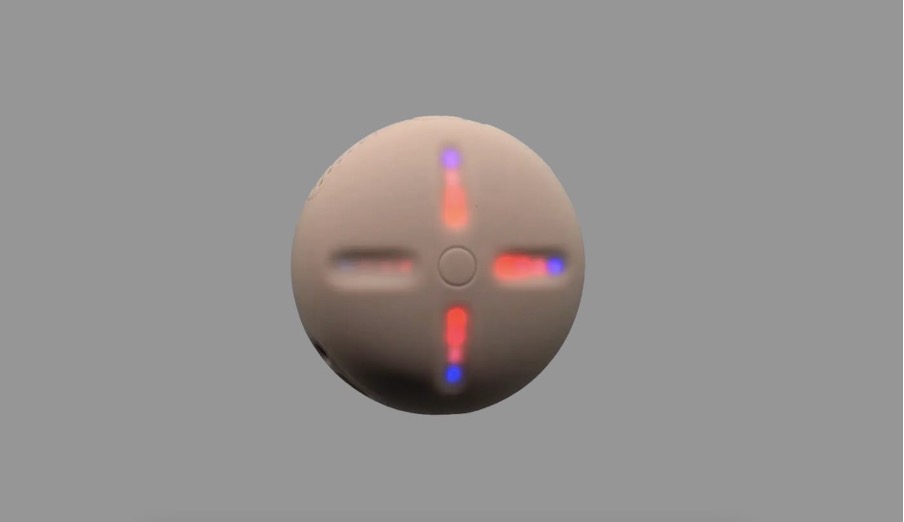 This week in Our Take, some best-in-class tech campaigns take centre stage as we look at an AR experience in Trafalgar Square, a collab that has revolutionised voice banking in support of those who suffer for MND. There’s an artist who captured our attention for their modern day paintings of famous historical figures – you gotta see it to love it! And what is Ye up to now? The hip-hop artist has a new music toy for all to enjoy. Check out below in this week’s Our Take.

It’s hard to imagine that for some people in London in the early 17th century, Shakespeare was a bloke they knew from down in the pub. Our ideas about historical figures are often influenced by their portraits –  which includes the artist’s attempt to dignify their subject, and some bizarre and elaborate fashion choices.

Over on Boredpanda, artist Hidrėlėy Diao has used AI to show a bunch of historical (and mythical) figures with modern haircuts and clothes choices. The photographic-quality images are wonderfully humanising, and maybe sometimes a little flattering.

We know Leonardo de Vinci as a weathered old man, with very long hair and beard. It’s almost impossible to imagine him with a proper haircut. It turns out he looks like an ordinary, nice old man – maybe an architect.

Napoleon looks like he might work at Google – world domination still his day-to-day concern it seems.A de-pomped Catherine the Great looks like a slightly dishevelled, but very funny, head of accounts. Cleopatra is, unsurprisingly, drop-dead gorgeous, but perhaps unexpectedly, so is Beethoven and so is Isaac Newton. And then there’s William Shakespeare, looking less like the greatest writer of all time, and more like… actually, he looks exactly like a middle-aged writer. Or a van driver.

So far, Hidrėlėy has published two sets of portraits on Boredpanda. Check them out here and here.

Ye (F.K.A Kanye West) was trending again this week as it was announced via Instagram that his next album, Donda 2, will only be available on his own platform, the Stem Player, a hardcore diss from Apple Amazon Spotify or YouTube. The $200 Stem Player is a weird little music gadget, designed to let you manipulate any song using the touch-sensitive light sliders to tweak different aspects of a track, like the vocals or drums. On the downside, we’re honestly struggling to get past the ickyness of its weirdly fleshy looking soft beige skin.

West’s take on music exclusivity has historically been a bit all over the shop. In 2016, he released ‘The Life of Pablo’ exclusively via streaming service Tidal, tweeting that it “will never never never be on Apple. And it will never be for sale.” On April 1st of that year – the irony – the album got launched on all the other major streaming services, including Apple, and West eventually had to settle a lawsuit from a fan who said they signed up for Tidal based on the promised exclusivity.

West then proclaimed he was ‘done with exclusives’ altogether, which makes the pushing of the Stem Player doubly funny.

Losing speech is one of the most upsetting and frightening aspects of Motor Neuron Disease and it’s wonderful to see big tech making a big effort to help. Dell and Intel have joined forces to develop ‘#IWillAlwaysBeMe’, a system that banks the voices of those struggling with ALS or MND. The genius of the technology is that by reading a short story, users can create a bank of all the sounds required to re-create their own voice. They won’t have to rely on generic robotic speech.

The e-book is shared on an interactive website and allows those suffering from the condition to read out loud and record their voice in 20 minutes.

Tech is at its finest when it is helping people and levelling the playing field, and this has the potential to improve the lives of countless individuals. Big shoutout to all of those who took part. You are truly inspirational!

The #IWillAlwaysBeMe video is so moving that it’s truly impossible to watch without shedding a tear.

Virtual monuments are shedding light on hidden historical figures in the UK as part of a partnership between Snap and the Black Cultural Archive. The ‘Hidden Black Stories’ project sees popular tourist spot Trafalagar Square pay homage to some iconic black British heroes including boxer Richmond and sailor George Ryan.

Viewers can point their phone at different locations around Trafalgar Square, then text and images will pop up, offering an instant Black history lesson. As well as telling hidden stories, the lens will also showcase works by four Black British contemporary artists.

The figures chosen to be featured in the project were selected by a panel of experts from Slavery Remembrance, Black History Walks, Nubian Jak Trust, Mary Seacole Trust and 100 Great Black Britons. As a site famous for its monuments, Trafalgar Square is the perfect place for this project of historical reclamation.