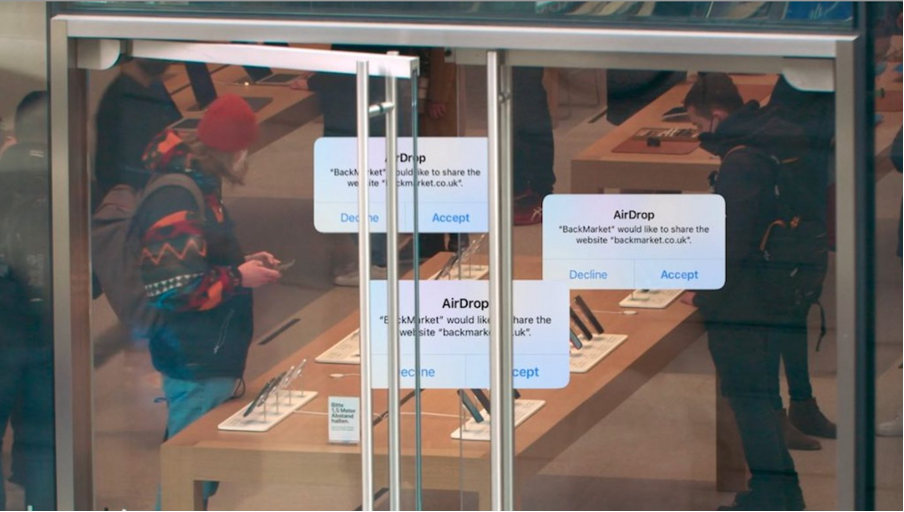 In this week’s Our Take we’ve got a concept for a new smart city at the base of Mt. Fuji, a brazen hack of Apple stores, a famous actor who got stuck into Starbucks, a campaign for an innovative underwear brand and a hands-on art examination that reveals something unexpected.

The Woven City – A view of the future

In 2020, Toyota revealed plans to build a prototype “city” of the future on a 175-acre site at the base of Mt. Fuji in Japan. Located on the site of a former factory, it is called the Woven City, and in time will be a fully connected urban environment, powered by hydrogen fuel cells and solar power.

Now more than a year into construction, it has moved closer to becoming a reality. It is expected to house around 2,000 people, and function as a ‘living lab’, where researchers can prototype a human-centred approach to community development with new technologies such as automated driving, personal mobility, robotics and artificial intelligence.

But would you want to live there? Would that much tech feel intrusive? And would that much experimentation mean that a lot of the stuff won’t work perfectly all the time? On the other hand, more sustainable living sounds great, and you can’t beat that view.

A refurbished smartphone brand known as Back Market last week grabbed our attention with a very cheeky stunt.

Back Market created a bot to Airdrop messages to the iPhones, iPads, and MacBook’s in Apple’s own stores, as they were being checked out by potential customers. The airdropped messages read ‘Quick! Security isn’t looking, it’s time to go refurbished with a cheaper and greener model’, followed by a pop-up link that then directed customers to their nearby store.

The hack took place in stores in London, Berlin, and Paris, and was planned with the hopes of changing people’s attitudes about refurbished phones and making more sustainable purchases.

This was a bold move from Back Market that is bound to get people thinking about sustainability.

HOLLYWOOD ACTOR GETS STUCK INTO STARBUCKS

Fans of Succession will be familiar with Uncle Ewen, the environmentalist and activist brother of main character, Logan Roy. In a case of life imitating art, Oscar nominated actor James Cromwell this week caught our eye as he channelled one of his famous characters in protest at Starbucks charging extra for plant based milk.

He superglued his hand to the counter as part of a protest organised by PETA. Brandishing a “Free the animals” T-shirt the 82 year old read a statement denouncing the surcharge for vegan milk as his fellow activists streamed it live on Facebook. The star of Babe and LA Confidential is a seasoned protester having been charged with trespassing in 2017 for interrupting an orca show at Sea World in San Diego.

We’re well used to celebs using their profile to highlight causes they care about, but it’s still remarkable when they do something out of the ordinary that can make real headlines. Hopefully this will inspire others to follow suit but for now “that’ll do James, that’ll do”.

The Art of Self-Examination

The first rule of Art Museums – Do not touch the artwork – has been abandoned by the Hispanic American Museum of art for a new campaign that is inviting audiences to reach out and touch paintings in a bid to raise awareness for breast cancer.

“The Art of Self Examination” is a collaboration between the David Agency in Buenos Aires and cancer org MACMA. It features classic paintings by Rembrandt, Rubens and Rafael which – it turns out – all feature hidden red flags for cancer according to recent research. Dr. Liliana Sosa noted that models in these famous paintings could potentially be showing signs of breast cancer. After hundreds of years and countless eyes on these masterpieces, signs of illness were hiding in plain sight.

The creative agency collaborated with Dr. Sosa to recreate these masterpieces so museum visitors could touch the paintings and feel the signs of breast cancer—lumps, skin retraction and swollen lymph nodes—on the art.

It’s an incredibly innovative campaign that highlights the importance of self-examination, hats off to the team that pulled this off!

Think of the two worst words in the English language. And now put them together. Got it? OK great. If you thought of “Moist” and “Panties”, you’ve got yourself the makings of a clever little campaign to promote a new range of period underwear.

American brand Thinx tapped into the insight that “moist”, and “panties” are two of the most uncomfortable words in the English lexicon and paired this insight with the innovative use of social and digital to create a campaign centred on the two most visceral words in the English language. Thinx posted unbranded OOH ads around several US cities including Atlanta, Boston and New York, prompting onlookers to visit MoistPanties.com. When nosey Nualas visited the address, they were taken to a playful (and shoppable) site that displayed a 404 error that stated, “Moist Panties Not Found.” In addition, Thinx launched a mysterious TikTok account with a video that simply features a voiceover repeating the name of the site. Genuis.

Yes, we know that the word choice is sure to make at about 50% of the population uncomfortable, but this surely pales in comparison to the other 50% who appreciate an undergarment made with layers of absorbent, leakproof fabric. Period.