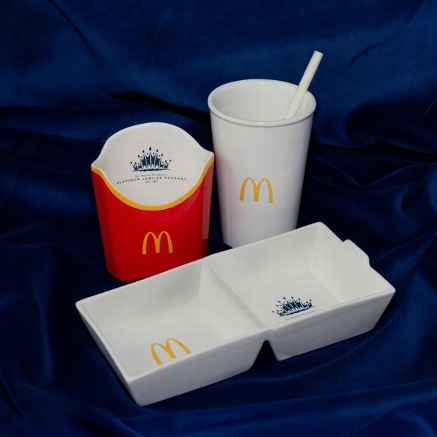 In this week’s Our Take we zoom in to a micro crab-bot that is making a difference, one teeny step at a time. In Britain, celebrations are in full swing for the Platinum Jubilee and there are some questionable activations. Down under, a very Strange Thing has washed up on Bondi Beach, and we take a look at a campaign that fights back against censorship.

It’s been a minute since our last robo-update, but we just found out about Robot Micro Crabs. MIT students have built, ‘on a creative whim’, the smallest-ever remote-controlled walking robot. These 0.5mm wide crab-shaped bots can bend, twist, crawl, walk, turn and even jump, without the use of complex hardware or hydraulics. This is done through the clever use of lasers, which target the crab’s joints, causing them to flex and contract as they heat and cool, moving the robots around at speeds of up to half their body length per second.

While the research is in the exploratory phase, the team claims the technology could lead to micro-sized robots that can perform practical tasks in tightly confined spaces. According to the project lead, “you might imagine micro-robots as agents to repair or assemble small structures or machines in industry or as surgical assistants to clear clogged arteries, to stop internal bleeding or to eliminate cancerous tumours – all in minimally invasive procedures.”

Queen’s celebrations are a bit unhenged

Our neighbours in the UK are celebrating their Queen’s Jubilee this weekend, while the rest of the world watches on in bewilderment at the sheer overblown pomp of it all.

One of the crazier stunts they’ve pulled was at Stonehenge. Organizers have described this tribute  to the 96-year-old Monarch’s long reign as “spellbinding”. And you’d certainly think that the 5,000 year-old structure could provide a bit of a wow moment. In reality ‘thronehenge’ consists of nothing more than a few pictures of the queen projected onto the stones. Majestic it ain’t.

Of course, the brands are doing it too. McDonalds have jumped on the bandwagon of global culture moment by re-creating their well-known ad jingle with the Royal Philharmonic Orchestra. Performed by a 35 strong ensemble of musicians, the regal version of the jingle was released just in time of the Platinum Jubilee celebrations. What’s more, the fast-food giant has also released a limited edition ‘elegant china set’ of their packaging! It’s the sort of brilliantly barmy tastelessness that we love.

Believe it or not, in 2022, there is a political conversation in the US over books deemed by right-wingers to be unsuitable for school libraries. And we’re not talking about Mein Kampf here. We’re talking about modern masterpieces of fiction like Margaret Atwood’s The Handmaid’s Tale.

In response to this, author Margaret Atwood and her publisher Penguin Random House, have created an “unburnable” edition of her novel.

This special edition of the best-selling novel was printed and bound using fireproof materials – and fashioned be completely unburnable.

In a totally bad-ass move, and a HUGE f*** you to those who try and censor novels, 82-year-old Atwood stars in a YouTube video where she shows off the book’s invulnerability, by SHOOTING IT WITH A FLAME-THROWER!! I mean, how cool is that?

Penguin Random House said: “Across the United States and around the world, books are being challenged, banned and even burned. So, we created a special edition of a book that’s been challenged and banned for decades.  It is designed to protect this vital story and stand as a powerful symbol against censorship.”

Atwood’s “unburnable” book will be going up for auction, with proceeds going to support Pen America in its “work in support of free expression”.

Gateway to the ‘Upside Down’ Appears Down Under

Australia is known for its stunning natural beauty, breath-taking landscape and of course, its mysterious gateways to alternate dimensions.

Early risers visiting Sydney’s iconic Bondi Beach found what looked like the creepiest of crawlies washed up from the deep – a giant, tentacled monster, with a large, glowing ‘rift’ at the centre of its vile corpse, surrounded by a team in hazmat suits.

Bondi Rescue even got in on the action and posted social content about the strange discovery.

The activation was part of a coordinated rollout of ‘rifts’ across iconic locations to promote the latest instalment of Netflix’s Stranger Things. There were similar stunts pulled in other locations including London, New York, Mumba, and Kuala Lumpur.

All praise Cthulhu! And the Netflix promotional team who executed this so well. Bringing the storyline to life brings the audience up close and personal in a location familiar to them – simple, effective, strange.