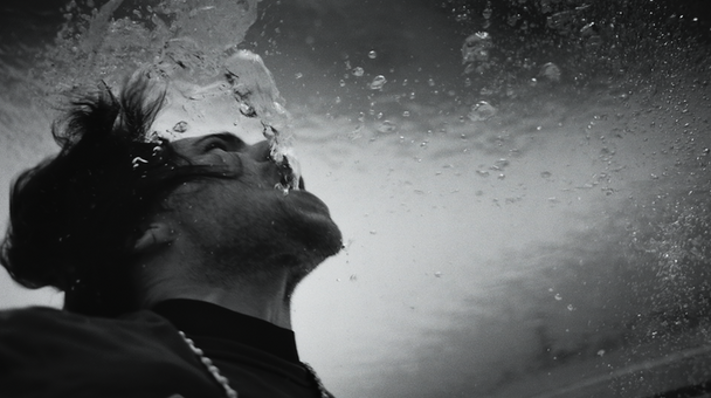 This week, we were stunned by a harrowing campaign that stopped passers-by in their tracks to raise awareness around the frightening reality of gun violence in the U.S., Apple calls on hackers for a seemingly impossible task and we reveal the carbon emission criminals of the celebrity world. In Portugal, a campaign is launched to highlight the dangers of child water safety with an innovative performance that conveys an important message.

CARDS ARE MARKED ON THE SECOND AMENDMENT

In this age of constant content and endless scrolling it’s easy to think that we are becoming immune to the masses of social media at our fingertips, but, every now and then something comes along that just stops us in our tracks. It’s not often we’re left speechless, but this week we came across a TikTok video which did just that.

The hidden camera footage displays the horrified reactions of shoppers, showing everything from the casual stroll and the second glance to the disbelief over what they’re seeing. Then comes the reveal of a card display like no other. Amongst the regular titles of graduation, congratulations, friendship and thank you titles sits  “school shooting” greeting cards. The footage shows the various messages on the cards such as “I’m sorry your kid was gunned down,” “Condolences on the shooting of your teacher” and “Sorry for your terrifying loss”. Originally posted in 2018, it was recently reshared by Change the Ref, a mass shooting awareness organisation founded by Manuel and Patricia Oliver, whose son Joaquin was a victim in the 2018 MSD High School shooting in Florida. The issues in the States around gun laws is a topic which has been, and will continue to be, long debated for a long time to come. This is a chilling and real lump in your throat reveal which just drives home the sense of devastation being experienced by these needless acts of violence.

Hackers assemble! Apple is offering up to $2,000,000 in rewards to hackers who believe they can break into the new iPhone feature, Lockdown Mode.

Lockdown Mode is intended for high-profile users such as journalists, activists, and members of government who may be easy targets for hackers. This mode disables certain iPhone features in order to make it less susceptible to spyware by decreasing the number of items cyber attackers may get access to.

A tempting gesture for the tech savvy, we’re sure there will be a lot of strenuous hoops to overcome in order to even get through the first stage of the hack.

The feature is a welcome addition to mobile security which is typically an overlooked threat, that isn’t a concern until it is, and then it’s a major problem.  Overall a brilliant move by Apple for offering this challenge and bringing this issue to light, so… who’s up for the challenge?

With temperatures skyrocketing around the globe over the past few weeks many nations are left concerned for the welfare of their people as world is literally going up in flames.

Who’s not worried? Billionaires apparently. Kylie Jenner sparked a deeper dive into the habits of the rich and famous when she posted an Instagram pic with beau Travis Scott in front of their matching private jets – posing the question ‘mine or yours’.  Uproar ensued (naturally) with many QWERTY warriors putting their investigative caps on unveiling KJ’s lavish lifestyle habits that were most definitely not eco-friendly… 3 minute private jet flights? Really.

It’s not uncommon for a celebrity to be found out as a climate change hypocrite. In fact Leonardo Di Caprio, a self-proclaimed eco-warrior himself, has been a culprit. This was apparent when the Oscar winner was called out for promoting his ‘Don’t Look Up’ movie, which brings attention to the current state of the eco-system, from his 110 million dollar private yacht.

But get this… the average celebrity has created 3256.36 tonnes of CO2 emissions by flying private, which is 465 times more than the average person as they create around 7 tonnes by flying commercial. A few of the major culprits include Drake, Mark Wahlberg and Floyd Mayweather who land themselves in the top 10. The number one spot is very unexpected as the wholesome, country queen Taylor Swift takes gold, chartering 170 private flights since January. Swift has caused 8,293.54 tonnes of CO2 emissions since January and it’s only July. And she’s not even touring!

PSAs have a tough job: get the (sometimes not very pleasant) message across, without being preachy or going too heavy on the ‘shock factor’.

This short from Havas Portugal and The Association for the Promotion of Child Safety (APSI) really cracks it. ‘Heavy Silence’ is 30 seconds of tattooed musicians screaming and banging on their instruments in the depths of a pool – the catch being that viewers can hardly hear them, and if you can’t hear a heavy metal band underwater, how are you to hear a child drowning? In Portugal, drowning is the second leading cause of accidental death among children and young people, with a staggering 274 deaths in recent years, mostly occurring in familiar places like baths, garden ponds, or local pools, lakes, rivers, and seashores.

An eye-catching, attention-holding piece of work delivering an important safety message: rock on.