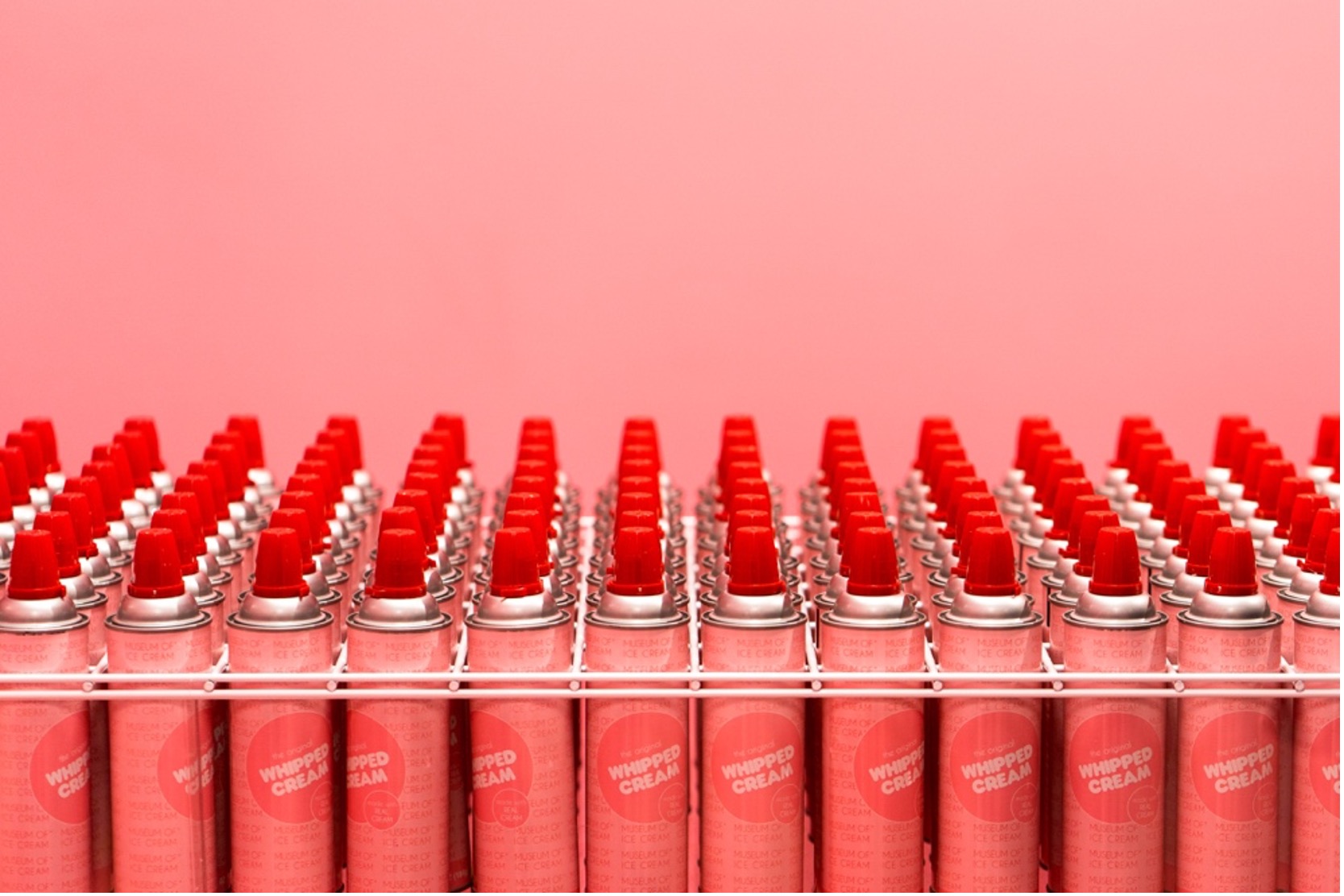 Oh hey September, how you doin?

This week in Our Take we turn our eyes to a Gucci campaign that brings high-fashion to some Kubrick cult classics. Speaking of Gucci, the brand isn’t happy with a clever Japanese parody of their (maybe not-so-unique) logo?  Whipped cream lover or stone cold convict? NYC is setting some new laws targeting some dairy consumers. And ever bring a pilot a gin & tonic mid-flight? Passengers were shook at a hilarious air-drop stunt. Check it all out below!

From The Shining to a Space Ship, we were truly intrigued by the latest Gucci AW 22 collection campaign which pays homage, in quite spectacular fashion (pun intended), to the work of the late, great Stanley Kubrick.

The brainchild of Gucci’s creative director and Kubrick fan Alessandro Michele, the campaign features meticulously recreated scenes from some of Kubrick’s most famous films, placing the new Gucci A/W collection in re-visited moments from: A Clockwork Orange, The Shining, 2001 Space Odyssey and Eyes Wide Shut.

The stylised take on these cult classics begs the question… how would Kubrick, a devoted artist and notoriously private person, feel about his work being commercialised like this?

We hope it introduces a whole new generation to his genius. Fashion and film have always been in cahoots, inspiring and guiding each other to moments of genius. This campaign marks this union in an effortless presentation only the house of Gucci could execute.

If you are planning on jetting off on the holibops soon, don’t forget the in-flight entertainment. Download that audiobook Grazia recommended or that series you’re morto you still haven’t watched. These are socially acceptable means of keeping in-flight boredom at bay.  Please do NOT scare the bejaysus out of the other passengers like this one absolute LAD we read about this week, after his girlfriend revealed his secret in-flight hobby: he sends pilot pics (no, they’re not nudey!) to any other passengers whose air drop is switched on.

Images of ‘Pilot Dave’ hanging out of the cockpit taking selfies, or just having some pre-take off bants are his favourites to start with. But it can escalate pretty rapidly, ending up with him requesting gins to the cockpit. As you do.

Sure listen, fair play to him and from our standpoint,  there’s got to be a Digital PR stunt in the idea you can change your device name to whatever or whoever you want, then engage with the randos in the vicinity.

Wait, does this mean I wasn’t actually in the same restaurant as Oprah last week?!

On the surface, whipped cream seems to be a PG product for all ages to enjoy, right? Well not in New York. From this week, anyone in NYC under the age of 21 who tries to add a can of whipped cream to their shopping basket will be in violation of a new law and could face a fine!

Apparently, this restriction has been put in place to prevent teenagers from buying canned whipped cream not so much for the dairy, as for the nitrous oxide it contains. State Senator Joseph Addabbo says “the law is aimed to protect youth from the dangers of this lethal chemical, while helping to clean up our neighbourhoods”.

Going forward, people who wish to buy any can of whipped cream will be asked to show ID proving that they are over 21 – which is the same as purchasing alcohol and tobacco.

Does this signal a new wave of laws for other products? “Do you have a permit for that permanent marker?” Maybe even guns? Nah.

Japanese entrepreneur Nobuaki Kurokawa has found a big loophole in copyright law. How big a loophole? It’s about half a brand in size. Specifically, the top half.

His CUGGL clothing line is named so that the upper portions of the letters closely mimic those of GUCCI. So when he paints over the bottom half he ends up with very ambiguous branding. It’s a very clever parody of the luxury brand – and it seems that customers enjoy being in on the joke, rather than simply pretending they’re wearing Italian designer t-shirts.

Predictably, Gucci didn’t find it funny, and sued. But a Japanese Court has decided that CUGGL is different enough from GUCCI that customers wouldn’t confuse them. You’d have to wonder if the court ever saw the T-Shirt?

Maybe CHANEL will make sure they bring the actual clothes to court if they decide to challenge Kurokara-san over his new brand, GUANFL.