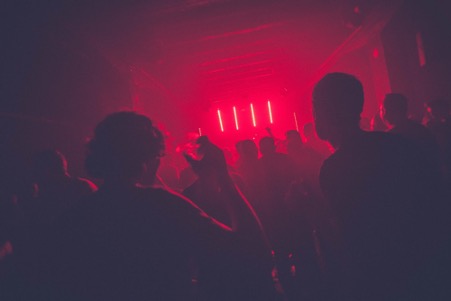 In this week’s Our Take, will two broken legs and a few extra inches land you the dream job? Will restrictions on pre-drinks save Durham’s nightlife? We check out a new virtual persona bringing NBA to AI. But first, are millennials pop-culture moments the newest shade of beige on dating apps? Gen Z thinks so. Check it out below.

SIGNS YOU’RE TOO BEIGE TO DATE

Oh to be beige – a term for those in the world who are the embodiment of boring. Well, the world’s blandest colour is now a new colloquial dating phenomenon for the Tik-Tik generation, the ‘beige flag’.

Acting as warning to singletons of a match that can’t help but make you yawn, the beige flag was created by Cailin MacPhail. Cailin reviews Hinge and Bumble profiles, applying the flag to profiles she deems likely to lead to boring dates.

So … are you a beige flag? The Gen Z police are on the lookout for the signs such as living for 90s nostalgia, Harry Potter or using the #coffeeculture hashtag. Some of us are quite shook by this, Ravenclaw pals am I right?

So is this another fad that broadens the gaps between Gen Z and millennial tropes. Gen Z TikTok creators don’t think so – they are simply “watching out for others, by sharing advice on how to stop people from being trapped in a dull relationship.”

Whilse we are all here for the beige flags brigade, by no means are we shuffling our pumpkin spice lattes and Ross and Rachel quotes into the mix of what is deemed boring.

If those are traits of a boring soul… well then, come join us watch paint dry, it sounds like it’ll be some craic.

HOW TO GET A LEG UP IN BUSINESS

This week, we stumbled across an interesting craze which is helping men get a step up in their career – literally. A growing number of professionals are opting to undertake a radical and expensive surgery allowing them to grow anywhere from three to six inches… with one catch – it requires having both your legs broken.

The grim process involves getting metal rods screwed in to the thigh bones of the aforementioned broken legs leading to a situation which essentially requires learning to walk again. To add insult to injury, it’s not cheap with procedures estimated at somewhere between £56k-£210k.

So what’s the point? Well, according to studies – it pays to be taller in business, especially as a man. A 2004 study in the U.S. found that the average 6ft tall person typically earned $166 more over than a 5ft 5in person, over a 30 year career. Australian scientists followed up this research a few years later concluding that every extra 10cm of height added 3% per hourly wages for men, 2% for women.

Time will tell if this trends will reach dizzying heights, but it certainly brings a new perspective to the term ‘break a leg’.

With the cost-of-living crisis escalating by the day, the city of Durham in the UK has taken formal action to ‘protect’ consumers (and themselves understandably) hitting the clubs and pubs over the coming months. This is starting to sound like the plot of a Kevin Bacon movie…

Their grand plan? No, not to forbid the art of DANCE, but rather to breathalyse punters at the doors of nightclubs, to try to stop the “potentially dangerous culture” of pre-drinking on nights out. Sorry students.

Obviously, expensive rounds are less necessary if you’re well topped up upon entering the given venue, however the risk of topping up too much could mean that the negative effects of alcohol may raise their ugly head in the form of fighting and anti-social messin’.

We’ve all encountered bouncers who let their power go to their head. Is it the best idea to give them breathalysing devices as well? We’re on the fence.

Durham is hoping that the new initiative will reduce drunkenness and maybe it will… but we doubt it. It’s more likely that people will just avoid late bars and clubs altogether, adding further issues to the fact that club culture is struggling.

Or maybe it will just encourage more drug taking and let’s face it, that ain’t a win either. Good luck Durham. Keep us posted.

Attempts at achieving super-realism has been a big thing for video games for years, and one of the more impressive software solutions comes from Epic Games. In February 2021, the games developer announced the ‘MetaHuman Creator’ platform.

This platform enables anyone to create state-of-the- art, fully rigged characters that are free to use, delivered as a cloud-streamed app that cuts production time from weeks or even months to less than an hour, while delivering that much sought after realism. Pretty swish.

So what’s this got to do with NBA player Luka Dončić? Well, to further flex the capabilities of their software, Epic have teamed up with the Slovenian superstar to introduce Luk.AI, a virtual alter-ego which will take over Luka’s TikTok account.

The company describes Luk.AI as a self-learning, artificial intelligence capable of growth. Interacting with the TikTok community will influence the metahuman’s skills, interests, and hobbies. “Fans can get to know him and help to make him smarter by engaging with him,” Dončić said. “He’ll reply to their comments, listen to their ideas and create videos with them, too.”

The tech power on display is truly impressive, between the MetaHuman framework (augmented with  fancy neural network technologies trained with real-world facial animations from Luka) and the AI  element, it’ll be really interesting to see what the account looks like in a couple of weeks.